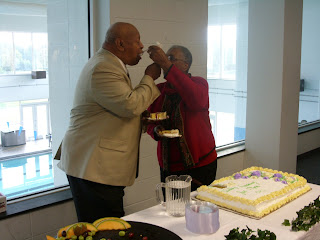 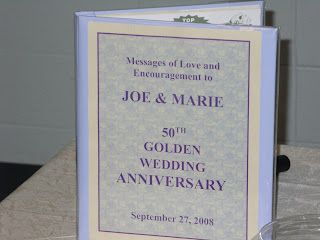 This past weekend was my grandparent's 50th wedding anniversary. 50 years of marriage!!! Wow, look at God! I can't even imagine being 50 years old lol. But I'm so glad that God has blessed them...it couldn't have been easy, but it's encouraging to see that it is possible to be married "til death do us part."
I'm glad my family was getting together to appreciate my grandparents while they are still alive and not waiting until their homecoming service. Too many people wait until it's too late to say what they want to say to a person. 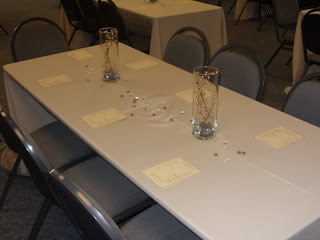 The celebration was so much fun. The theme was 50th Golden Wedding Anniversary. We decorated the room with gold and lavender accents. People from both my grandpa's side and my grandma's side of the family came. 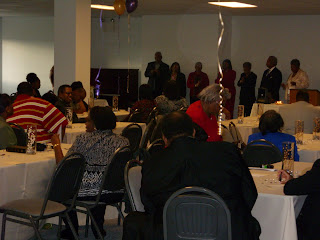 I got a chance to dedicate one of my paintings to them...I teared up during my little speech, which took me by surprise lol...But it was a lot of fun, and I enjoyed myself so much. It was like a mini family reunion. It was awesome. My sis did a liturgical dance to patty labelle's when you've been loved, feels like heaven dedicated to our granparents. Family's just so awesome. 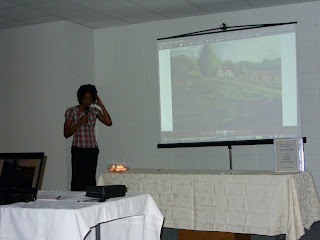 I love my fam so much, I know they have my back for everything. They are always encouraging and saying how proud of me they are, and I love them all to death. I just thank God for blessing me with the family I have, because not everybody has it like that. I don't take any one of them for granted.
Posted by Kay Rich at Tuesday, September 30, 2008 No comments:

Well the groundSpark Street Painting Festival was this past weekend, and man did I have fun! 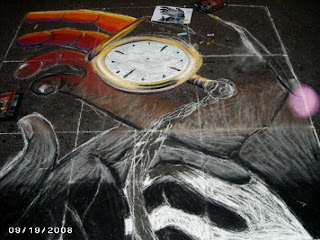 My teammate Amber and I had a blast even though we didn't win anything. Amber wants to do it again next year to win--she's really, really competitive. Our concept was restoration and not forgetting about the past, but somewhere along the way, we failed to communicate that. What people were getting out of it though was the hands of time, 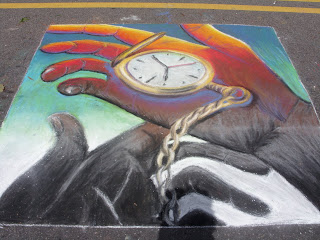 and I think that's pretty cool, too. There were a few things going on Friday night, but Saturday was when the real fun began for spectators. There were vendors selling some of everything, there were free workshops, 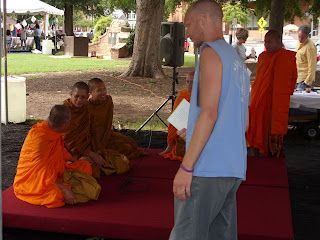 there were graffiti artists competing against each other, 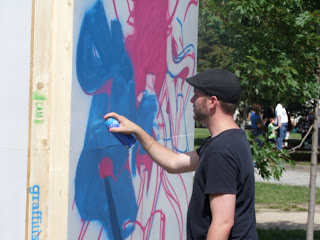 and there were break dancers. 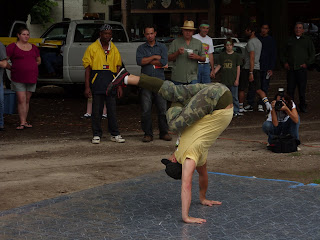 There was also some stuff going on that night for Spark After Dark, but I didn't stay... Sunday had a few events going on as well. Downtown Raleigh is stepping up, and lately, it's been stepping up big.
Posted by Kay Rich at Monday, September 22, 2008 No comments:

Email ThisBlogThis!Share to TwitterShare to FacebookShare to Pinterest
Labels Funny

Wow...7 years...and it honestly doesn't even seem that long ago. One of my cousins' husband was a security guard in the second tower. He lead a group of people out, went back in to help an elderly man, and that's the last time he was seen on earth. At first my cousin kept telling people she thought he was perhaps wandering around New York with amnesia sense none of his remains were discovered, then she finally let way to reality and began to grieve. Many lives were changed on that one day for a lot of people, especially in the U.S. where bombing is not the norm as it is for so many war impoverished countries. Just remember to live life to the fullest and to live every moment as if it is your last. And also remember to appreciate people while they are there to be appreciated before--for whatever reason--they're not in your life anymore.
Posted by Kay Rich at Thursday, September 11, 2008 No comments:

So, this church in Durham, NC called King's Park International Church has Every Nation Campus Ministries called High Rise. I went here and there last year as my schedule permitted, but this year they have one at Meredith College. So instead of having to fit goin to N.C. State in my schedule, I can just go to the High Rise that's here on campus. Just like everything else at Meredith though, we're still pretty much joined to the hip with everything that goes on at State. They had a welcome back get together at the Sharpe's and it was really, really fun. 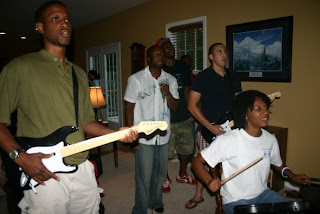 I really feel like I'm a part of a family when I'm around these people. King's Park had college day this past Sunday and the praise and worship was pretty much amazing :) AND they fed us afterward. Now you know how it is--they didn't come up with the phrase "starvin college student" for nothin lol. 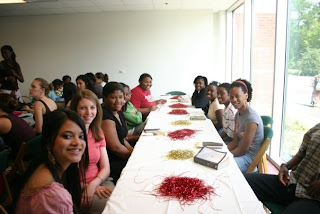 And we had lil goodie bags...in real bags at that haha. I still need to get on that God's Way to an A cd tho. I'll post about how that goes, cuz this semester is not lookin like last year at all (which was a 4.0 fall and spring semester.)
Posted by Kay Rich at Thursday, September 11, 2008 No comments: