Feb 24, 2009: President Obama delivered his first address to a joint session of Congress on Tuesday night.

Recently I participated in the Vagina Monologues at Meredith College. First of all, it was my first true theater experience so that was a treat in itself, but not only that, it is the freakin Va-Jay-Jay Monologues which is freakin amazing!!!!

I ended up getting cast (yes i had to audition)to do two intros and i was an extra in a couple of scenes, all of the "extras" were very important i might add!! 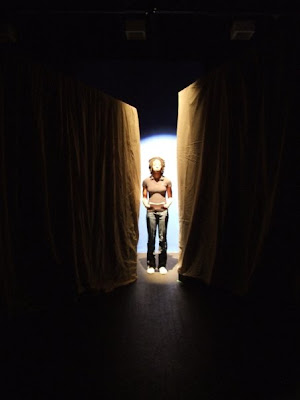 The cast, the crew, the managers, the producers were flippin awesome!

In addition to havin my first audition and performance experience, i also helped out with strike (towards the end of it anyway)...when they take a set down, they really take a set down! everything goes, but the stage itself of course

man i thought artFreaks (which includes me) were out there, but thespians on a whoolllleee nottthhhaaa levellll (a good kinda level) but another one

Proceeds of the show went to Interact of Wake County, NC.

Interact is a private, non-profit, United Way agency that provides safety, support, and awareness to victims and survivors of domestic violence and rape/sexual assault. Interact also promotes violence-free relationships and communities through collaboration, public information, education, and advocacy. Interact was formed in the 1980’s by the merger of three Wake County agencies: Rape Crisis Center, Women’s Aid, and Child Abuse Prevention Services. The resulting agency was known as The Family Violence and Prevention Center, Inc., and in 1984 became known as Interact. Interact is the only confidential domestic violence prevention program serving Wake County’s twelve municipalities. Interact fulfills this mission through the support of its volunteers and community.

P.S. I would put pics up if I had any, but people cannot take pics of the production or eve ensler has the right to say, hey, u cannot do my show anymore, so yeah, copyright is da law foo! :-))

P.P.S special shout out and thanks to all my friends n fam who came out to support, it was greatly appreciated!!!
Posted by Kay Rich at Saturday, February 21, 2009 No comments:

My homegurls Brit, Whit, & Hina went to go see Inflowential aka Inflow in concert at the Pour House. 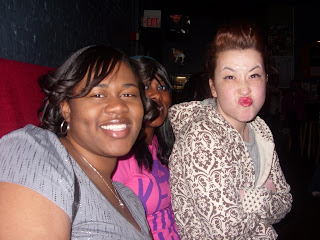 They had special guests Blount Harvey and HaLo who was also fly. The main lead singer of Blount Harvey was looking kind of pissed because of some balding dude who was in charge of the sound, but other than that, everything was off the hook. 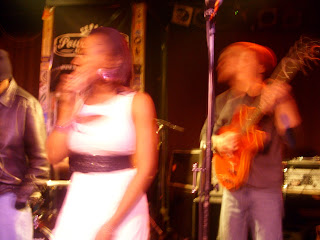 The energy, the show, the performance, just amazing. Brit and I had been plannin on the concert for a minute ever since we saw Inflow at NC State for Obama support,(I may have blogged about it earlier, way back when, I honestly don't remember.) Anywho, I just loved the band, the vibe, the soul--Inflow. 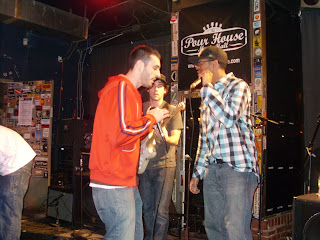