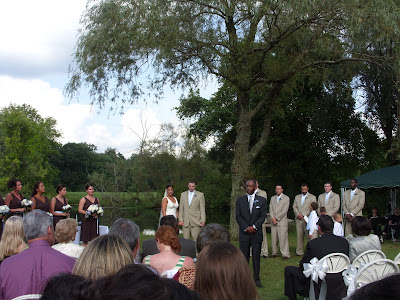 Being that the wedding was outdoors, I heard a few remarks from my Italian American family about getting tans. I personally do not think I will ever understand the need that some Caucasian Americans feel they have for getting and maintaining a tan, especially since tanning has been linked to skin cancer. However, this statement is not to say that I am passing judgment on them, I am just simply saying I do not understand this phenomenon in their subculture. Throughout western history, if a European had a tan, it was a sign of being “common” or of poverty, yet now pop culture is sending the message that everyone rich has this “perfect” tan. Hearing women at the wedding mention their tan made me think of all the times young women here at Meredith complain about how “pale” they are, and I never see how being “whiter” makes them look any less better, yet I never feel comfortable entering into those conversations of Caucasian skin complexion because I do not want to come off as judging. Although it had been raining all day, the sun did come out in time for the wedding, and I suppose everyone got tanned a little. 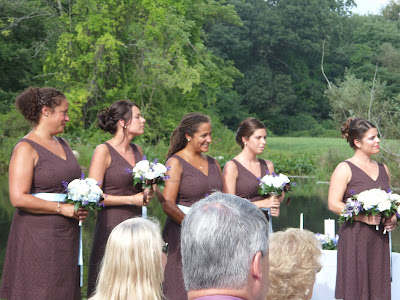 Next, the reception of the wedding followed immediately after the thankfully short ceremony under a tent nearby. Another cultural difference occurred through the choice in music of the traditional groom/mother and bride/father dances. Jason and his mother danced to a country song that I had never heard before—not that I listen to country music—while afterward my cousin and my uncle, William (who we call Butch) danced to an African song. Uncle Butch always was and is really big about getting in touch with his “roots.” He and my father did one of those blood/DNA trace test things and somehow figured that through their mother’s side their ancestors—my ancestors—can be traced back to the Sierra Leone area on the continent of Africa. The final difference I noticed between the African American side and the Italian American side of my family happened on the dance floor after dinner was finished. I started the electric slide to Before I Let Go by Frankie Beverly and Maze. Eventually most everyone joined in, but my African American side of the family already knew how to do the electric slide; the ones on my Italian American side had to be taught. I almost feel as if it is unwritten rule that if you are black in America and get together with your family for some sort of festivity, you cannot part without having someone initiate the electric slide. 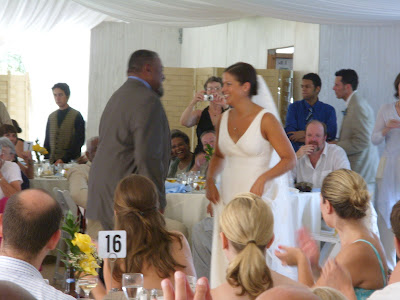 Finally, hearing some of the Italian Americans perpetuate a particular stereotype stood out to me. I remember certain women saying with laughter, “come on, show us how to dance, you know white people can’t dance.” In general, people constantly complain about stereotypes, but here they were perpetuating their own, which made me think that they assume that all black people can dance, and also made me go as far as to think that they assume all black people are good for is dancing just because that is a stereotype of African Americans in this country. I wonder if they even realized what they were doing when they made those statements because it makes me think that to them white people who can dance or black people who cannot are “exceptions” to the rule, when really dancing is a matter of talent. Some have that gift, and some do not, and it is not based on race.
Posted by Kay Rich at Sunday, September 06, 2009