“The Family That Preys” & Clotel 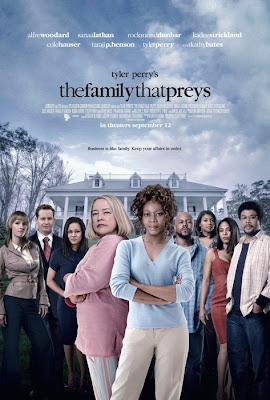 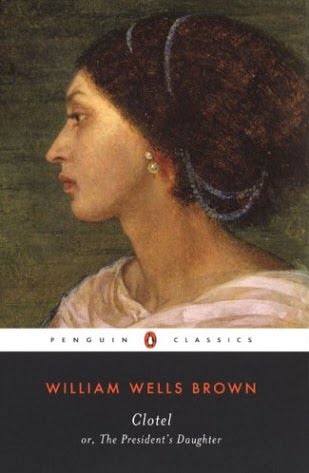 At first, I had just planned on writing a reflection on Tyler Perry’s “The Family That Preys,” but as I was watching it, I realized there were many parallels between this movie and William Wells Brown’s novel, Clotel.  Perry’s movie, “The Family That Preys,” is about the interaction and intermingling of two different families from two different worlds. One family consists of the wealthy widow and business owner Charlotte Cartwright (Kathy Bates) and her son William (Cole Hauser) and daughter-in-law Jillian (KaDee Strickland).  The other family consists of Alice Pratt (Alfre Woodard) and her daughters Andrea (Sanaa Lathan) and Pam (Taraji P. Henson) who are married to Chris (Rockmond Dunbar) and Ben (Tyler Perry) respectively.  The two families intertwined initially because Charlotte and Alice became best friends after Alice refused to move out her property when the late Mr. Cartwright wanted to buy an area of land to develop himself and he sent Charlotte to talk her into moving.  The families become intermingled when Andrea and William have an extramarital affair together that lasts for a few years because they even have a son together of whom people think Chris is the father.  In Brown’s novel Clotel, tells the story of a mullato Currer and her two daughters Clotel and Althesa who are rumored to be the president’s daughters.  As far as the characters between the book and the novel, Alice is like Currer, Andrea is like Clotel, Pam is like Althesa, and William Cartwright is like Horatio Green.

In the beginning of the movie, Pam alludes to the fact that she and her sister, Andrea, were raised by their mother in the same household in the ghetto.  Pam goes on to say their mother practically “broke her back” to put her through college so she could have the life she has today.  Alice did the best she could, yet Andrea still ended up prostituting herself out to get to where she is the first part of the movie.  Brown’s Clotel, in order to comment on the tragedy of the mulatto woman, shows that the best even the president’s daughter could do to be “successful” was to be a prostitute because that is all Currer saw as her best option to raise Clotel and Althesa to be.

In a certain part of the movie, Abby (Robin Givens) expresses her disappointment to Andrea that Andrea is sleeping her way to the top.  Andrea counters that she does have the skills she needs for her position in the company, yet they are not needed because she is in fact “screwing the boss.”  This scene in the movie reminds me of the part in Brown’s novel where during the auctioning of Clotel, the auctioneer lists characteristics and attributes that really do not matter for a prostitute to have because her purpose is purely sexual.

When the truth of Andrea’s extramarital affair with William finally comes out to Chris he hits her and then leaves her at Alice’s diner.  Andrea shouts after him that she is going to marry William and they have a child together, however Pam agrees with Alice when she tells Andrea, “William is from a different world, honey, and he will not marry you.”  Andrea does not want to listen to this advice, however she finds out the hard way that it is indeed the truth.  Throughout Brown’s novel, Clotel is under the illusion that Mr. Green will come back and marry her so that they could be a family for real as opposed to her being his slave in a hidden-away cabin.  After Charlotte talks to her daughter-in-law Jillian about the way things work in the Cartwright family, Jillian makes William leave Andrea for good and have nothing else to do with her despite their biological child they had together.

The movie really made me think about how some black women, or women in general for that matter, today may choose to either be a prostitute or “screw their way” to the top.  Yes, sex trafficking still occurs and not every woman has or has had—when they were a child—a choice, but I am still baffled by the ones who do genuinely choose to go into that profession, and I use the word profession lightly.  Not only did I really like the character, Abby, Robin Givens played, I really agreed with a point she made to Sanaa Lathan’s character.  She said something along the lines of screwing you may get you to the top, but it will not keep you there.

But of course it sounds like another Tyler Perry drama. Or maybe he is inspired by classic literature and merely bends it in a way mainstream black folk will accept?

Speaking of black dramas, have you seen Precious?

If so what did you think?

actually no, not yet, i am currently reading push which has been fairly difficult with all these final papers and exams to study for, but it's pretty good so far--i won't know how i feel about it completely until the end...it is very thought provoking though, as a psych major some things do not connect for me, but good thus far

Oh ok your reading the book lol. Thats wassup though. I had no idea it was a book. Very good movie though.